All Heart On and Off the Ice: Pittsburgh Penguins Knock Breast Cancer Out of Play

With the Stanley Cup in sight, the Breast Cancer Research Foundation (BCRF) is proudly cheering on the Pittsburgh Penguins as they head to game five in the final round of the playoffs. The NHL team, along with the Pittsburgh Penguins Foundation, are strong supporters of BCRF’s mission to advance lifesaving breast cancer research. Throughout the most recent season, the team and the Foundation have truly given back in a meaningful way.

On March 31, the inaugural “We Love Moms Night” raised a combined total of $250,000. The unique event paid tribute to all moms – especially hockey moms and women facing breast cancer.

“This is a great opportunity for all of us to salute moms and show them how much they mean to us,” said Dave Soltesz, President of the Pittsburgh Penguins Foundation.“ ‘We Love Moms Night’ provided an important platform to raise money for BCRF’s mission of funding the world’s most innovative breast cancer research.”

The evening gave fans at the CONSOL Energy Center exciting ways to get involved, including a silent auction for chances to win “Glam” items, specially produced Michael Kors canvas totes for the first 3,200 female fans and the ability to text donations with special messages to BCRF. Messages of love, support and well wishes flooded the jumbotron throughout the night.

The Pittsburgh Penguins Foundation has also stepped up with a grant to support BCRF’s millennial focused partner, The Pink Agenda, whose mission is to make breast cancer history as the Penguins make history on the ice.

“I see how BCRF has touched our field. I see how it's touched individuals, and I know how grateful everybody is for the support that BCRF provides - both financial support and networking support,” said Pittsburgh-based BCRF researcher Dr. Nancy Davidson.

Cheer on the Pittsburgh Penguins quest for the Stanley Cup by making a donation in honor of a special woman in your life. Text your name and donation amount to 646-681-5166. 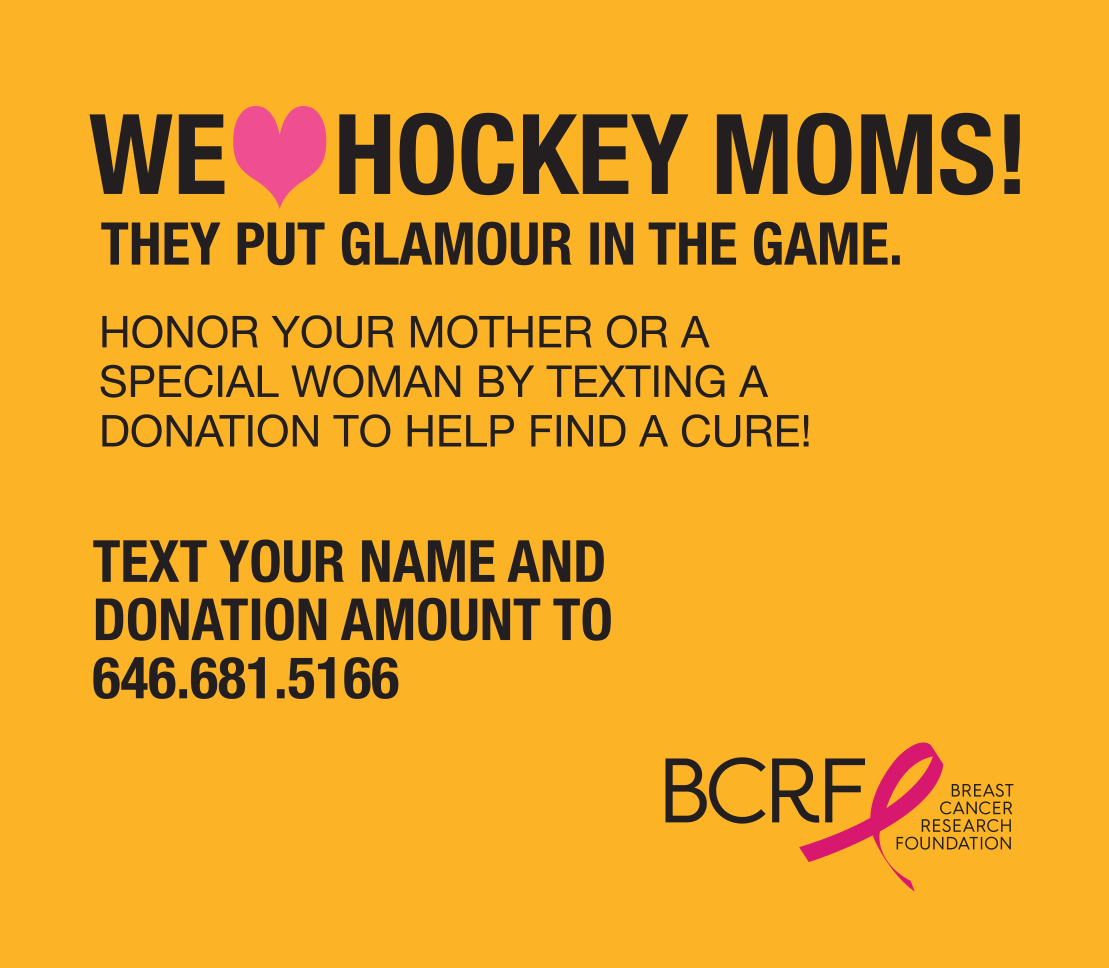