Team BCRF Runner Completes Her Own Race After Canceled Half Marathon

Erica Harriton found a way to honor her commitment to run for research.

Everything was going as planned when runner Erica Harriton was training for the United Airlines NYC Half Marathon, her first-ever race. She was sticking to her training scheduling and fundraising for BCRF, along with nine other members of Team BCRF, when the race was abruptly canceled because of the COVID-19 outbreak. 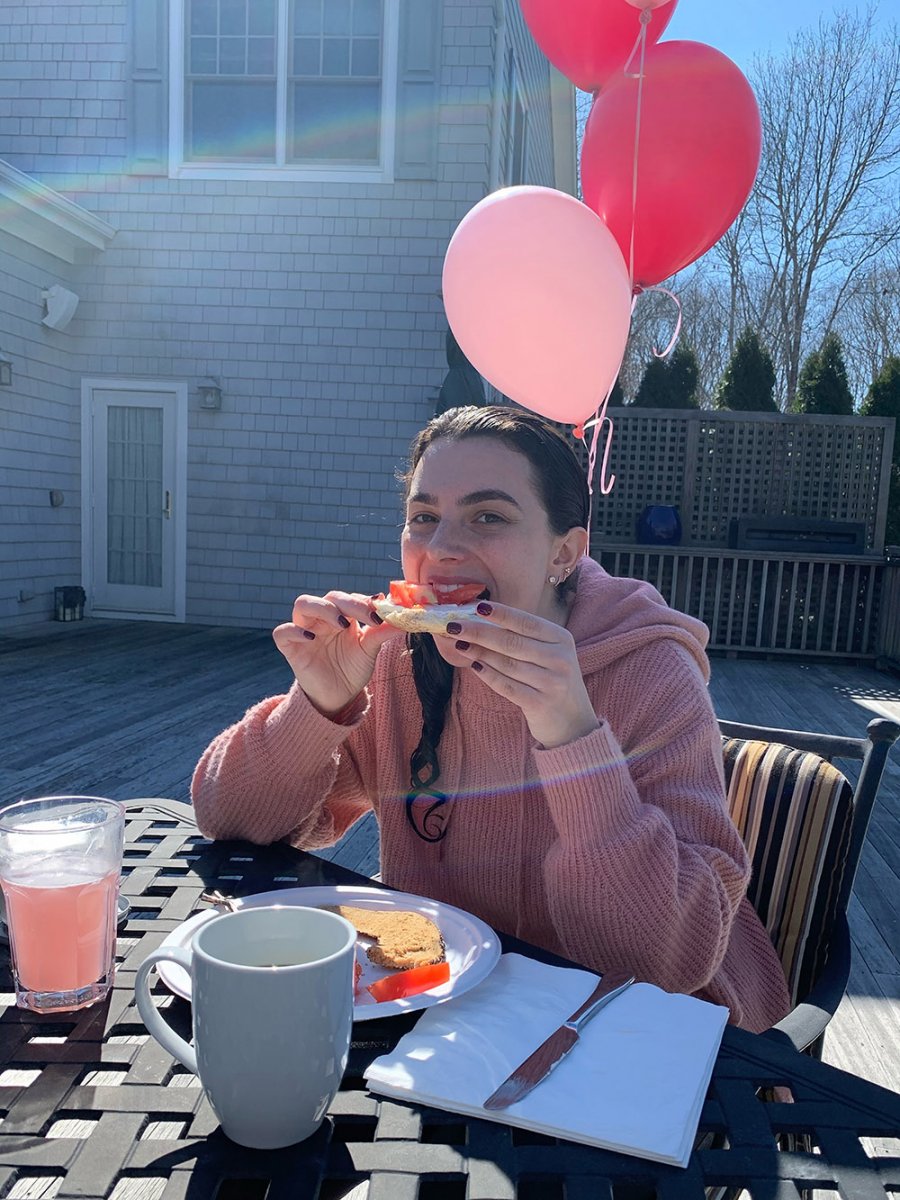 Having watched three family members be diagnosed with breast cancer, she wanted to get involved with an organization that was close to her heart and raise money for research in the process.

“I think we were aware of how breast cancer can affect people, but until it hit our family personally, I don’t think I paid as much attention to it as I did once it was more personal to me,” she said.

Training for a race is no small feat, and Erica had a short window to prepare. She spent up to four times a week running in her gym and committed to running outside every Saturday. Since the race was scheduled for March 15, the weather conditions were up in the air. “We could have a blizzard, or we could have 60 degrees and sunny,” she said, laughing. “So, I said okay, I need to train for whatever weather comes my way.”

As a member of Team BCRF, Erica set an initial fundraising goal of $3,000–a figure she quickly blew past. She shared her personal connection to the cause online and emailed family, friends, and coworkers. In 24 hours, she had raised around $6,000, and to date, she has raised more than $8,500.

“People I barely even knew were donating and then sharing their own stories with me of family members who were affected and why they were supportive,” she said. “I’m sure a lot of it had to do with BCRF and its strong mission.”

The week of the race, the words “coronavirus” and “COVID-19” began to appear on the news and eventually, the United Airlines NYC Half Marathon was canceled. Of course, Erica was disappointed: “I had put all this time into training, and I was so upset that I wasn’t going to have the real experience of crossing this finish line and feeling the energy in Times Square that everyone was telling me about.”

But she didn’t let this stand in the way of her running her first half marathon and contributing to research. She got creative.

While sheltering-in-place on Long Island, NY, Erica and her mom drove around their neighborhood to map out a 13-mile course she would run on March 15—her version of the half marathon. “I wanted to do this for myself and as a thank you to everyone who donated,” she said. “[People] donated contingent on the fact that I was challenging myself to run this.”

While running through the suburban streets of Long Island may not have felt the same as running alongside thousands throughout New York City, Erica still felt the same sense of accomplishment once she crossed her own finish line (and enjoyed a post-race bagel).

“I’m proud that I did it, and I feel great that I went through with the final race,” she said. “All the people that donated and the support that I had pushed me through.”